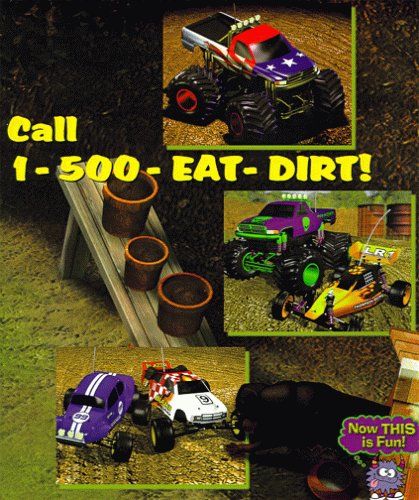 ALL ABOARD! Sierra Attraction’s 3D Ultra Lionel TrainTown is a game that is designed for anyone but will mostly appeal to those interested in trains and/or puzzles. The primary objective of the game is to complete jobs on various sets of tracks in locations such as the living room, the back yard, the North Pole, the park, and construction sites. These jobs contain a variety of chores from simple deliveries to clearing avalanches off the tracks before a passenger train hits it -- so get your gloves on and grab your striped cap, it’s time to go to TrainTown.

There are a total of seventy-two 'missions' or puzzles for you to complete ranging from very easy to very difficult with everything in-between. The puzzles are separated into categories so you’ll know what difficulty you’re up against when selecting one. Amongst these puzzles are also six excellent tutorials that will really show you the ins and outs of how to play this game. While the game is intuitive enough to play without the aid of these tutorials, you should play them anyway so you don’t miss anything or for no other reason than to at least get a blue ribbon next to them on the checklist.

The goals of each puzzle typically consist of one or more objectives including picking up items, transporting and delivering items, and repairing the tracks when and where needed. Some puzzles are against the clock while others will time how long you take to complete. There are tons of different types of items to be shipped -- everything from toys to food to livestock to cars to even Santa’s sled. As in real life, each type of item needs to be carried in the appropriate type of railcar. For instance, lumber needs to be carried on a flatcar with staves, liquids go in a tanker car, livestock rides in a stockcar, passengers in a passenger car or commuter train, etc. You name it, it’s probably there waiting to be transported. In addition to deliveries, you must also keep the tracks in good working order. There are railcars for plowing debris off tracks and crane cars for fixing damaged tracks or bridges. And what kind of train game would be complete without having to blow the whistle to remove cows from the tracks? In your adventures, you will run a Steam Engine, Yard Switcher, F3A, and a commuter train. Yes, even the little red caboose is included.

The controls consist of a point and click interface and are easy to manipulate. While primarily and mostly mouse driven, there are some keyboard hotkeys that will help in some of the stickier situations (i.e. emergency stopping of all trains). The mouse pointer will change to various icons when a feature or function is available. Likewise, the controls are very intuitive. For instance, if you want to switch track, you place your pointer over the switcher and the icon will change shape. Simply click on it to change the direction and an arrow points the direction of the track. Also, uncoupling a car is as simple as placing the mouse pointer between the two cars you wish to separate (which will change the icon) and click. Each engine has three different speeds in forward and reverse which is controlled by simply moving the throttle to a speed in the direction you want the train to go.

From the realist’s (or die-hard model railroader’s) point of view, there are some flaws in the game. Any model train enthusiast will find that the game controls aren't true to real-life model trains. In the game, the speed control is based on the actual direction the train faces on screen (if a train is facing right, the right side of the controls will move forward whereas if that train is facing left those same controls will move backwards). This is most likely something only purist model train enthusiasts would gripe about or have a problem with; most others probably won't really care. Also some of the turns laid out on screen would be physically impossible for some of these trains to take at top speed (or in some cases, at any speed) without derailing. Call it model railroading made easy -- after all, who actually enjoys re-railing those cars after they derail anyway?

There is also a small map screen that is incredibly useful as it allows you to see all of (or most of) the whole track layout, where trains are, how tracks are switched, where blockages are, and where loads need to be picked up and delivered. You can also zoom in and out and click on various parts of the map to show that part onscreen.

You may not need the map as much on puzzles where you actually lay down the track yourself, though. That’s right, some of the puzzles require that you design your own track before starting your objectives. This adds a very interesting twist as you can make the level as easy or as difficult as you like depending on how the track is laid out. Be sure that everything is connected, though, otherwise you’ll run into quite a mess. Fortunately, you can, at any time, return to the track editor and modify your setup. Laying the track is as intuitive as the rest of the controls. If laying track were this easy for our forefathers, the U.S. would’ve had a transcontinental railroad long before 1861.

This game’s title is quite misleading in this area. While the graphics do have a somewhat 3D appearance about them and the scrolling of the backgrounds have depth, this is the extent of '3D' for this game. I found the graphics to be very lively, colorful, and pleasant to look at. The details of the trains are quite nice, the effect of the smoke from the trains is outstanding, and the animation is ultra smooth. There is a large variety of background 'props' and animations going on around the tracks too, but it isn’t so distracting that you’ll lose your concentration. While not really a 3D environment, the graphics are flavorful eye candy worth savoring. 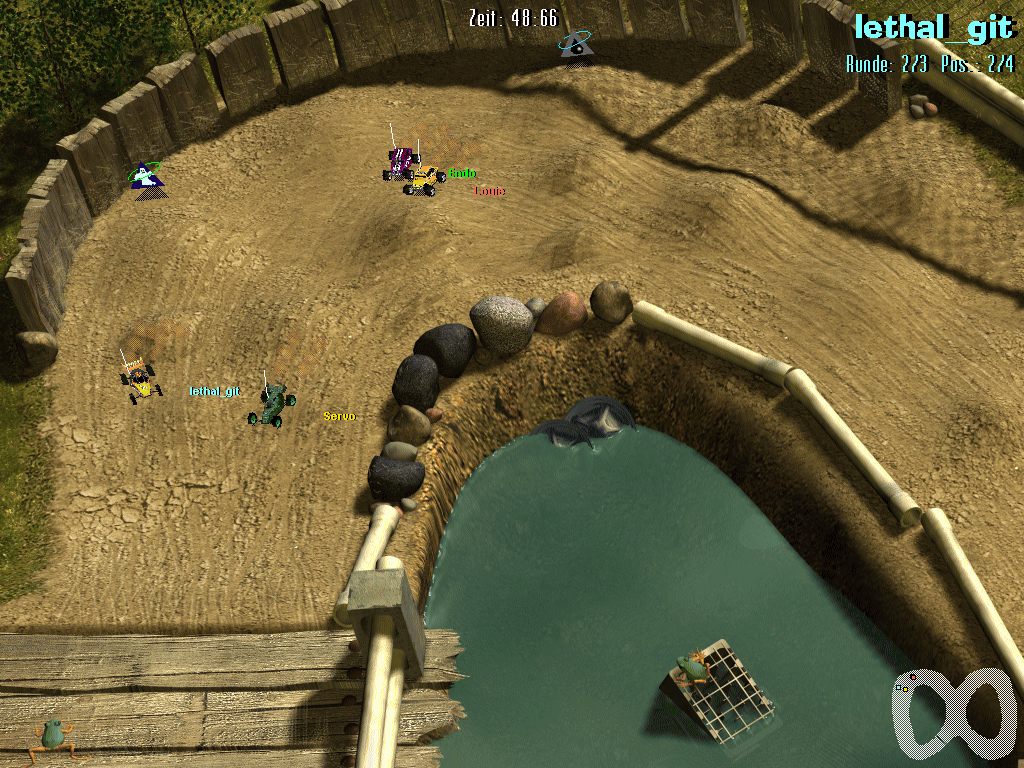 The sound effects of the trains chugging and whistles blowing are much better than your model train set -- but that’s mostly because they sound like the real thing instead of a model. The volume of the sound effects depends on how close you are to the action -- the closer you are, the louder the sound. There isn’t a whole lot of background sound in the game other than various animal noises, music, and your friendly neighborhood instructor. All the sound effects, music, and the slight southern-accented voice of your instructor are cheery and calm enough to help you keep your wits about you when solving some of these puzzles.

This is the way documentation should be: clear, to the point, and with relevant close-up illustrations. While this game is VERY straightforward, if you’re confused by anything at all, simply look to the docs for your salvation. Also, almost everything (including stuff in the background) onscreen has a tool tip which will help identify what it is you’re pointing at.

We both found this game to be extremely addicting and simple to play, while still presenting a great challenge at many difficulty levels. The graphics and sound are clean and crisp and just add to the simple, yet intuitive control interface. We could not really find any problems within the game either. We both struggled with giving this game a score in the 90’s, but since it may not appeal to players in all genres, we both happily give this game a score of 89.