The best compliment I can give Age of Empires 2: Age of Kings is that even after all these years I still play and enjoy the hell out of this game. There are so many strategy games these days that we are spoiled for choice. However, while it may not be the best looking by today's standards, I feel that this is a game that holds up in every single regard and is still one of the most rewarding strategy games ever created.

From The Dark Age

As is the case with most other strategy games of this type, Age of Empires 2: Age of Kings spans multiple “ages” as you progress through the game. You will be starting off in the dark ages where you have next to nothing and are constantly fighting for survival. After this, you move onto the Feudal Age where you now have warriors and can start advancing your “technology” where you can have stuff like chainmail armor and wheels for moving stuff.

You then advance to the Castle Age and here you can build, well castles and more advanced weaponry and fortifications. The final age in the game is The Imperial Age and this is a far cry to what you were doing in the dark ages! You now can have an elite city with paladins that can kick some major butt. There is a fantastic sense of progression in the campaign and everything makes perfect sense. 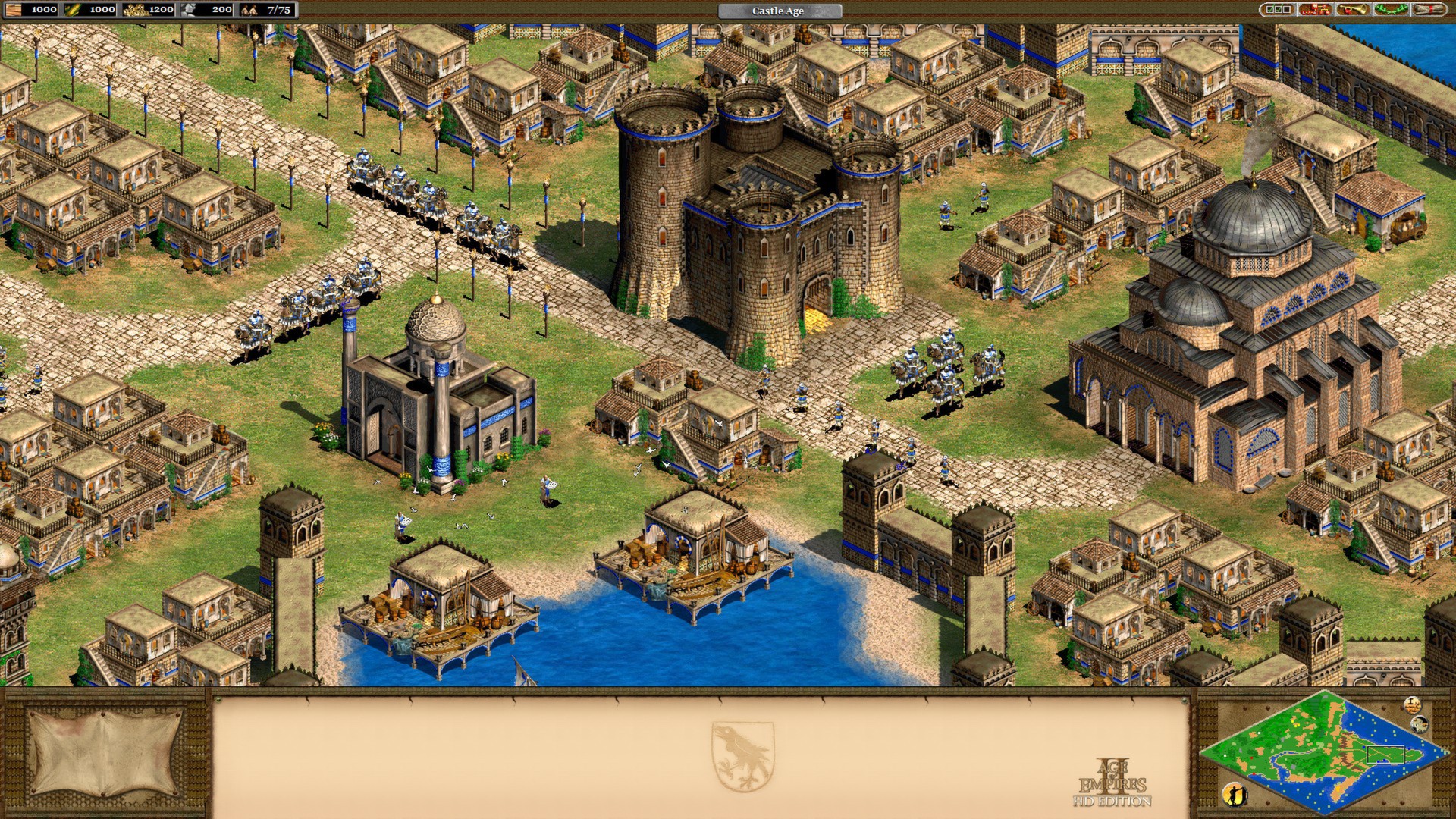 It is very impressive how the Age of Empires 2: Age of Kings not only has 18 different civilizations in the game but how different they each are. At a glance, it may look like there are only subtle differences, but the differences are quite deep. Each one has their own “special” unit. The British can expert bowmen and the Franks can do heavy damage with throwing axes for example.

The way the battles work is very clever in that each unit can crush another type, but there is also a counter for each unit. It is a delicate balancing act and really requires you to think about how you go about things on the battlefield. It is this kind of gameplay that makes this such an addictive game for me.

Rule The World Your Way

A huge part of what makes this such a popular game is that it is up to you how you play it. I am the kind of player that likes to steamroll my enemies before they have a chance to get too powerful. This means I have to rise very quickly and get my units up to speed as quickly as I can. Other players might like to take a more balanced approach or go for something that is more defensive. Gang beast play free online. It is really up to you how you go about trying to prove your might in this game.

As I write this, we are talking about a game that is the better part of 20 years old. Even with that being said, I feel the visuals hold up fairly well. They may not be as sharp or as detailed as a modern real time strategy game, but you can still easily tell what everything is supposed to be in this game which is all you can really ask for.

I could go on and on forever about what an amazing game Age of Empires 2: Age of Kings is. The fact of the matter is that in a review like this, I can only touch the surface of what makes this such an amazing experience. The level of choice that you have is just staggering and something even many modern RTS games have not come close to offering. Rather than reading a load of stuff about this game, I demand you to just go and play it right now!