This project will show you how to use a datalogger and how to registered analog values on a SD card.

A datalogger is a particular mounting which is able to registered some values on a support ( like SD card ) periodically. In other words, a measure, represented by a value, is realised every N second.

So this system can be used in many projects that need a measurement every N second and that have to record it on a non-volatile memory ( for meteorologist this type of system can be used to make probe like hygrometer or thermometer ).

When you plug your SD card into a computer, a excel file nammed Light is created and all the value of the analog reading appears in a column nammed Brightness value per seconds.

The code of this project registered on the card the brightness per seconds. The values come from a photoresistor so connections are really simple. 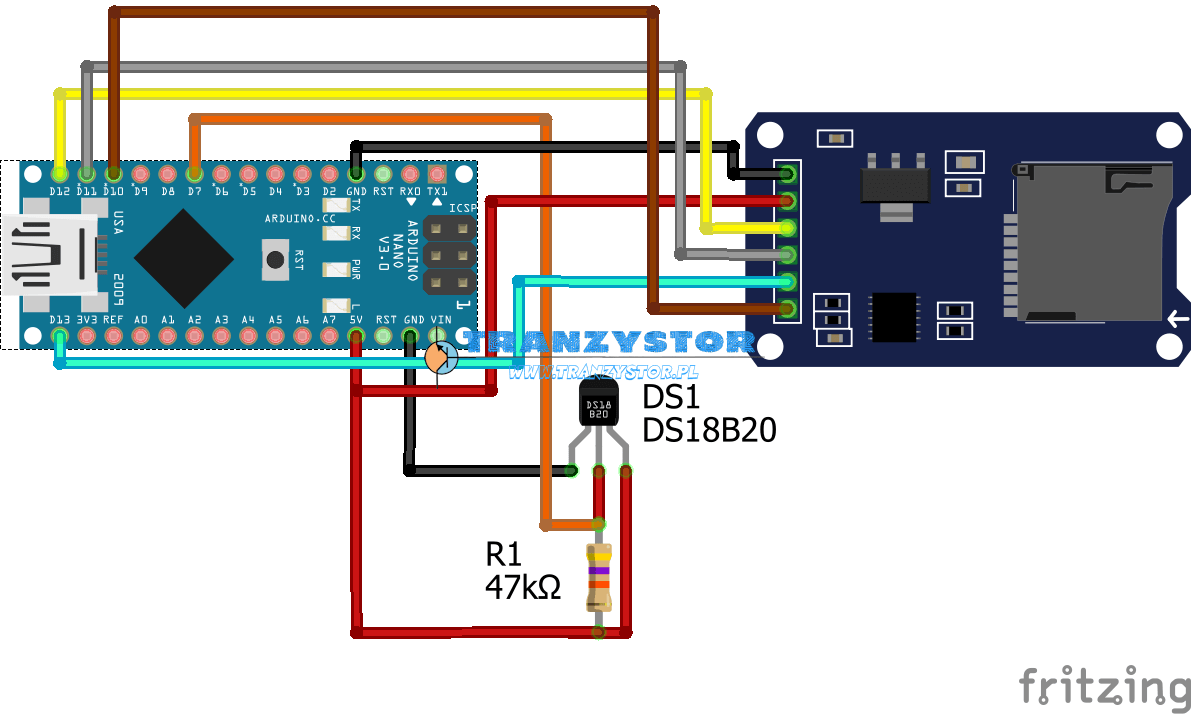 This code will registered analog values read by the arduino on an SD card and create an excel file when this SD card is open on a computer.

Members who respect this project