Blitzkrieg 2 (Russian: Блицкриг II) is a real-time tactics computer game based on the events of World War II, the game is an evolution of its predecessor Blitzkrieg and is the second title in the Blitzkrieg (video game series).[1] The game takes place in North Africa, the Pacific and Europe, and features the 6 different factions portrayed in the game that fought in their battle respective grounds during the war.

As its predecessor and the similar Sudden Strikegames, Blitzkrieg 2 focuses on the battles of World War II rather than real-time strategy aspects like base building and resource extraction.[2] The game features many new features and units over its predecessor; the graphics engine is upgraded, allowing for full 3D and the game features over 250 units compared to Blitzkrieg's 200.[3] In Blitzkrieg 2, you can choose from three separate campaigns: The Nazi German Campaign, the American Campaign, and the Soviet Campaign, each divided into four distinct chapters. The German campaign begins in France, 1940, where the player is put in command of German offensive forces in an effort to conquer France. Here, you may use the signature Blitzkrieg strategy. The second chapter is set in the North Africa Campaign, which ends with the capture of Tobruk by Axis forces. The third is in the Soviet Union, during Case Blue. And finally, the fourth chapter is staged in the Ardennes during the Battle of the Bulge, 1944. The American campaign has its first 3 chapters in the Pacific theater, where you lead your forces against the IJA (Imperial Japanese Army) and IJN (Imperial Japanese Navy) in a number of missions beginning shortly after the attack on Pearl Harbor. The final chapter of the American campaign is set in the German Ruhr in 1945, during the invasion of Germany. The Soviet Campaign begins shortly after Operation Barbarossa, going through the 5 years of the war against Germany eventually ending with the Soviet victory at the Battle of Berlin. At the end of each campaign, a short cinematic plays. 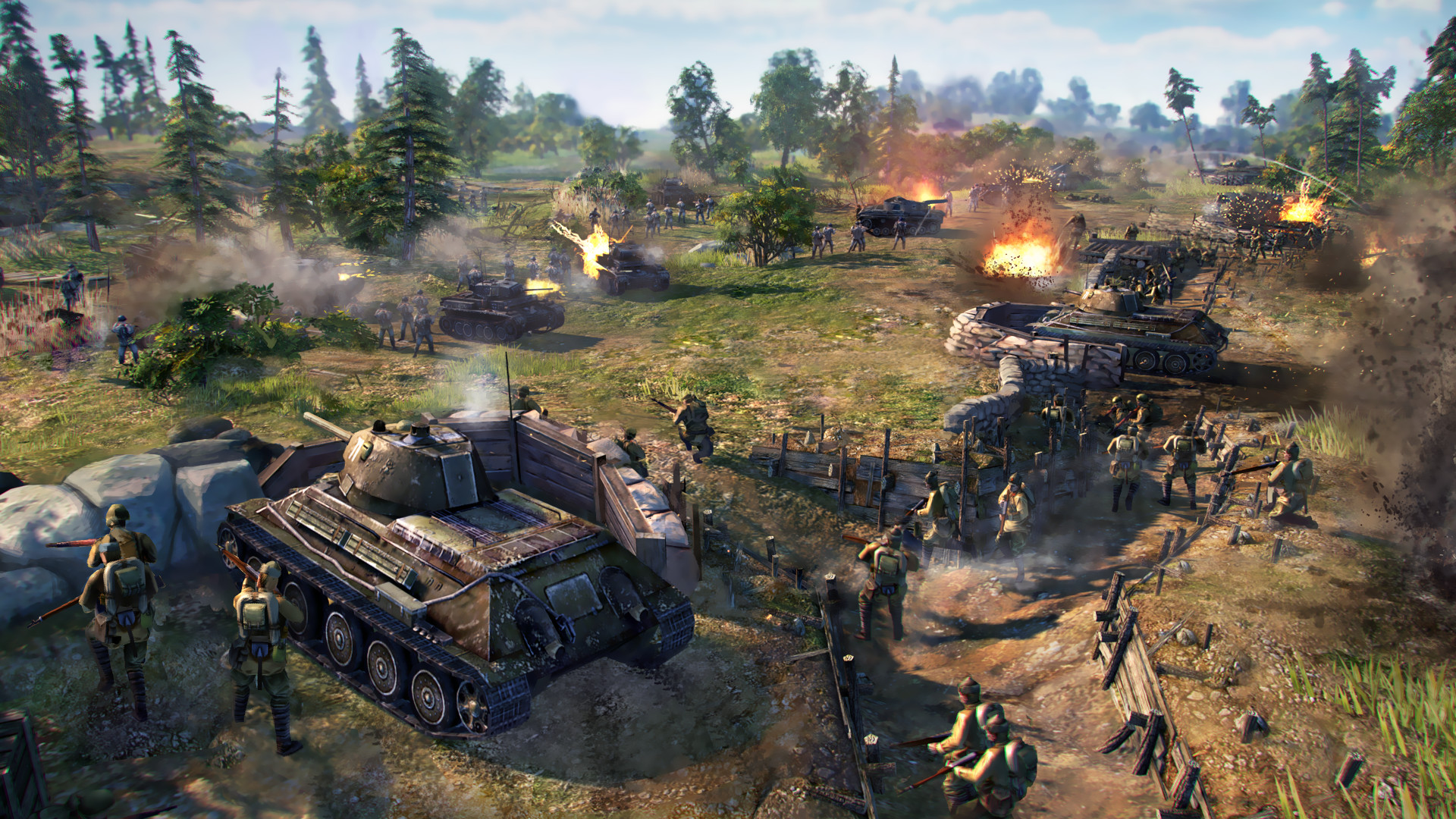 The game received positive reviews before release.[4] Yet never achieved the same long lived success its predecessor had achieved, even though two expansions and numerous spin offs were made.