The Gene Worm is the final boss of Half-Life: Opposing Force, and the most mysterious of the Race X aliens. This life form is the equivalent of a 'biological resource management factory.' It's capable of taking any of Earth's natural resources and assimilating it to.

This creature is from the original, 1998/99 HλLF-LIFE video game. For more context you can refer to those two articles :

Geneworm is the apparent leader of the Race-X forces. Geneworm’s greatest power comes from the loyalty of its numerous minions, but it also has considerable power of its own including great physical strength and the ability to fire radioactive blasts. 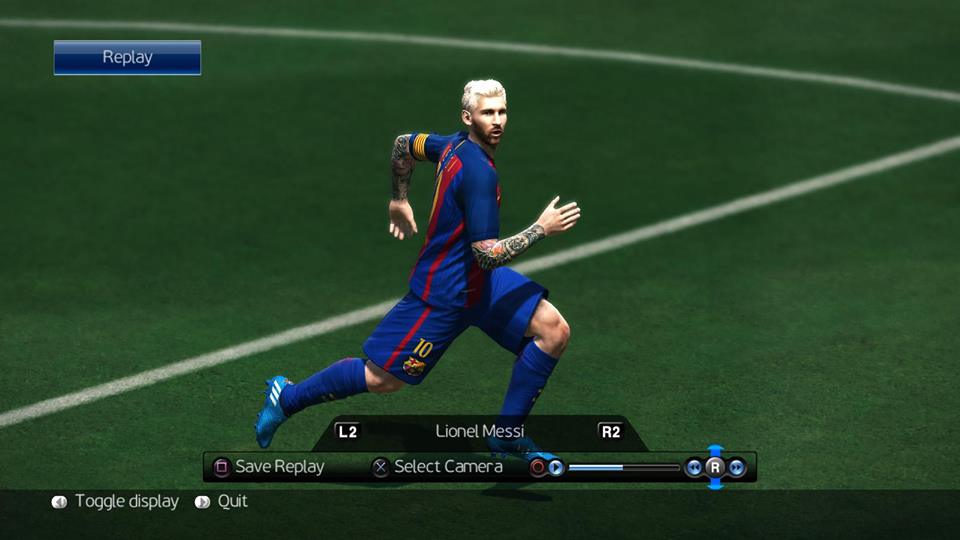 Geneworm can also bring nearby servants directly to it by finding them telepathically and teleporting them to its location for direct support.

The Black Mesa complex is a private high-tech research installation (with strong ties to the U.S. Government) located somewhere in the American Southwest. An accident in the Anomalous Materials Lab caused a dimensional breach into the world known as Xen. Geneworm is the leader of the Race-X forces and, unlike Nihilanth (who led the Xen forces), actually attempted to enter the Earth dimension.

Geneworm resembles a giant green squid with glowing yellow eyes and a pickaxe protrusion from its forehead. The latter greatly resembles a Xen tentacle’s head. When it opens its mouth a glowing purple teleportation sphere can be seen within, much like Ultron’s ionic furnace glows within his mouth.

Emerge from dimensional gate, scream and break stuff. Start teleporting in Shocktroopers as its ass is getting kicked.

“NNARRRRRRRR!!!” (when shot in the eye with a laser cannon)

This would be a moderate-level threat to the Earth, probably a good challenge for Young Justice or a similarly powered team. It might be a good solo challenge for Batman.

Equipment:
Dimensional Portal [BODY 06, Dimension Travel (Travel): 10, Growth: 06, Joined: 10, Limitations: the Dimensional Portal consists of plant-based biotechnology and can thus be affected by Powers that affect plants, Dimension Travel requires 8 APs of time to activate during which time the character is caught in the portal and can be affected by actions from either dimension, Joined is Always On.
The Dimensional Portal is a huge green wall of vegetation with a large gap occupying most of its center. This gap is filled by a swirling, nebulous purple cloud. It is from this cloud that dimensional travellers appear ; they do not emerge from the cloud so much as they “fade in” to our reality. The Portal served as the means by which Geneworm was able to enter the Earth dimension].

From Combine OverWiki, the original Half-Life wiki and Portal wiki 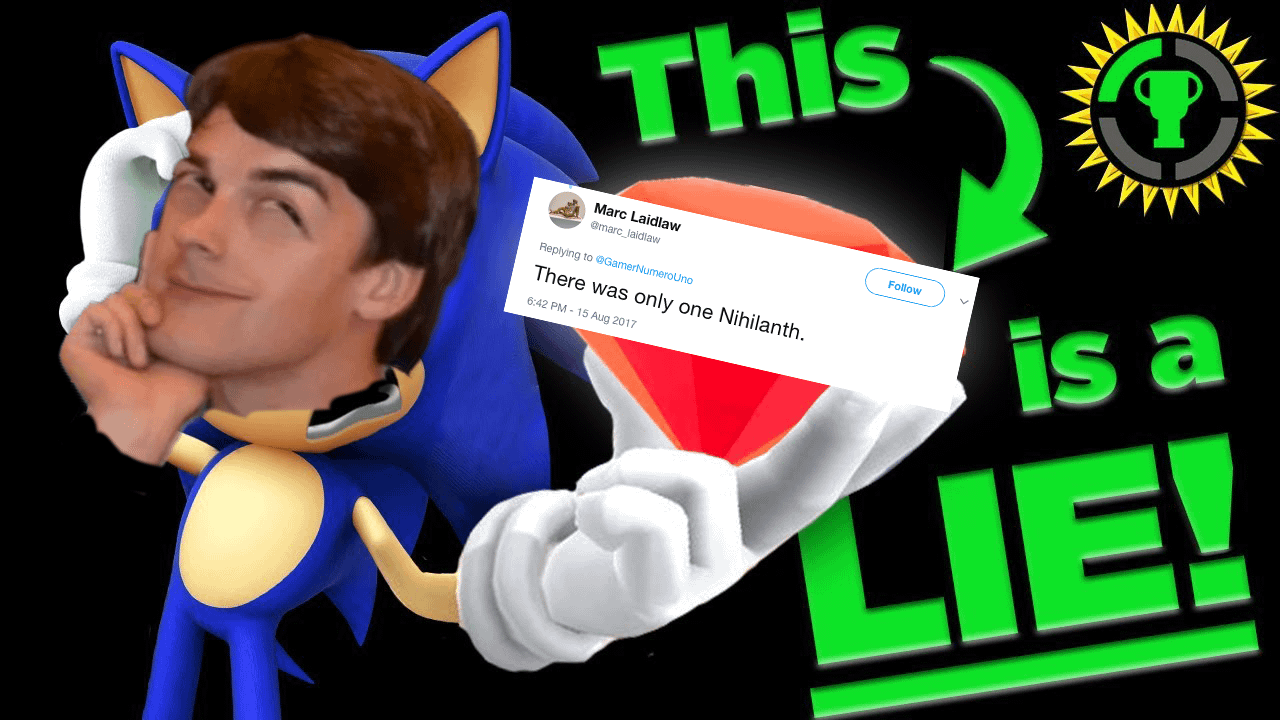 'Government cover ups were not in my job description.'
― HECU Marine[src]

The story of Opposing Force follows Adrian Shephard, one of the soldiers sent to the Black Mesa Research Facility, which interweaves with the events of Half-Life so that the player catches a glimpse of Gordon Freeman, the main character from the original game. Other events and recognizable locations from the original game are encountered throughout.

In the original Half-Life, a Resonance Cascade opens an extra-dimensional rift, which cause Xen aliens to teleport into Black Mesa. The surviving scientists and security guards at the facility struggle to escape. Responding swiftly, the United States military initiates a massive 'clean-up' operation to eradicate the alien presence at Black Mesa as well as 'silence' any witnesses.

Adrian Shephard observes the G-Man and two of his fellow Marines training.

The training chapter of Opposing Force. Adrian Shephard is “mysteriously bumped” to the top of the Advanced Training list. Adrian and his comrades are trained by Instructor Barnes and Instructor Sharp in Santego Military Base, Arizona. He works his way through the training exercises until he is ready for the field.

Goose 3 under attack by an Alien Craft.

As the game begins, Adrian is part of the clean-up operation. After his transport aircraft is taken down by an Alien Craft and he is cut off from the rest of his unit, the 'clean-up' mission is abandoned and Adrian joins forces with the scattered survivors seeking escape.

Before the first chapter of Half-Life: Opposing Force, a short introduction is shown. As Adrian and his fellow HECU comrades are approaching the LZ (Landing Zone 117) at the Black Mesa Research Facility, his plane (codenamed Goose 7) is shot down by Alien Crafts, along with several other Osprey Heliplanes (the first one is codenamed Goose 3). The rest of the opening sequence consists of Adrian continually losing and regaining consciousness, seeing conflict between the Xen aliens and the Marines who survived the crash.

After the crash of his Osprey Heliplane, Adrian regains consciousness completely in an infirmary, not too far off from the crash site. He leaves the infirmary, learning that the other Marines who had survived the crash had been killed by the aliens. He makes his way towards the extraction point, where he is told via radio that the military forces are pulling out of the facility.

Chapter 3: 'We Are Pulling Out'[edit]

As the battle begins to favor the Xen aliens, Adrian realizes the military forces have been ordered to pull out.

Details Adrian's attempt to reach the HECU's extraction point to escape Black Mesa. He has first eye contact with the mysterious Race X that seems to be collecting humans for study in their world. Adrian reaches the extraction point, but is deliberately left behind due to the G-Man's actions.

Details Adrian's continued journey through Black Mesa in search of both his comrades and an alternative escape route after being abandoned at the extraction point. After traveling through a zombie-infested blast furnace, Adrian meets several other Marines from his company who have also been left behind. He joins forces with them as they try to escape from the facility. At this point, Race X have begun their own invasion amidst the chaos, slaughtering the stragglers.

Gordon Freeman's 'employee of the month' picture.
A rocket found near the nuclear warhead capable of launching said warhead.

Details Adrian and other HECU soldier's attempt to find and use an old transit system to escape to the Lambda Core, after battling through an office complex filled with aliens. It is also the chapter in which the Black Ops are first introduced. Adrian comes across them in a hangar where they are loading a nuclear warhead into the back of a truck. This is where the player learns that the Black Ops soldiers have been sent to kill the remaining HECU Marines and cover up the Black Mesa incident. Adrian meets up with several other surviving marines and fights the Black Ops, eventually reaching an underground railway system that leads to the Lambda complex.

Chapter 6: We Are Not Alone[edit]

It serves as a short interlude in the game with reminders of events from the original Half-Life. Arrived at the Lambda complex, Adrian sees Gordon Freeman teleported to Xen. Adrian is also forced to travel through Xen to find a way out of the Lambda complex. 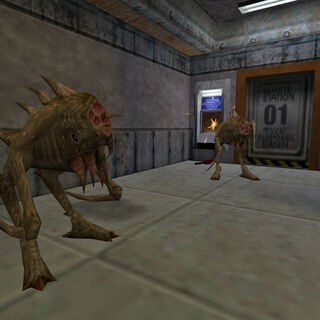 In it, Adrian finds himself in underwater laboratories where several Ichthyosaurs are being held. After making his way through the labs and freeing a scientist who provides him with information on the area, Adrian is again forced to teleport to Xen and back again to reach a new part of Black Mesa.

The Barnacle Grapple is explained.

Adrian is traveling between various biosphere chambers and laboratories featuring massive terrariums used to house Xen fauna being studied by the scientists deep within the Sector E. Eventually he reaches an older industrial area, and picks up a radio transmission from a group of Marines fighting some kind of massive creature.

The Pit Worm is defeated.

Details Adrian's battle with the monstrous Pit Worm blocking his progress in Waste Processing Area 3. Working his way through the surrounding area (littered with the corpses of the Marines who sent the distress signal in the previous chapter), Adrian manages to dump toxic waste on the Pit Worm, killing it and allowing him to access the next area.

Two Shock Troopers and a Voltigore attacking Adrian and his comrades.
Adrian encountering a Baby Voltigore in the darkened canals of Black Mesa.

Details the fierce battle raging between the Race X creatures, the Black Ops contingent, including several snipers, and the remnants of the HECU in the last hours of the Black Mesa Incident. Adrian makes his way through the underground canals and sewers of Black Mesa, fighting through a Voltigore nest, and arrives at the hydroelectric dam featured in the first game. Here, a Gargantua has been trapped on top of the dam and several Marines are attempting to kill it. Adrian uses explosives to destroy the creature and leaves the area through the dam's exposed water pipes.

This chapter details Adrian's discovery of the mysterious Black Ops' plan for Black Mesa. He finds them in an underground parking garage, activating the thermonuclear warhead with the intent of destroying the facility. Adrian kills them and deactivates the nuclear bomb, but later sees the G-Man reactivating it. Adding to the Black Ops, Adrian must face heavy artillery, a black AH-64 Apache and Shock Troopers.

The Gene Worm is defeated.

After making his way through warehouses filled with Race X creatures and Black Ops fighting, Adrian arrives at an old industrial area of Black Mesa where an enormous Gene Worm is attempting to come through a portal from the Race X homeworld. Adrian uses mounted laser weapons to blind and kill it; in its death throes, an enormous teleportation portal spreads outwards and envelops him.

The G-Man talking to Adrian in the Osprey.

Adrian regains consciousness inside an Osprey Heliplane, confronted by the mysterious G-Man. As the G-Man talks to Adrian, a white flash occurs in the distance, indicating that Black Mesa has been destroyed by the nuclear warhead. The G-Man then informs Adrian that he will be detained 'in a place where you can do no possible harm, and where no harm can come to you.' He explains this is done since Adrian reminds him of himself, but is still a dangerous witness. The G-Man walks into a portal, Adrian is detained and the end credits roll.