Reignwolf is an American indie and blues rock band from Seattle, Washington.

In late 2011, guitarist/vocalist Jordan Cook moved to Seattle, Washington, from Saskatoon, Saskatchewan,[1] where he was introduced to David 'Stitch' Rapaport and Joseph Braley from the band The Mothers Anger. Cook formed the band Reignwolf and invited Rapaport and Braley to join him.

In August 2013, after more than a full year of nonstop touring, the band released their first single, 'Are You Satisfied?', the same day they performed at Lollapalooza. Later that year, they announced they had been selected as the direct support act on Black Sabbath’s 2014 North American tour. Two more singles followed ('In the Dark' and 'Lonely Sunday'), and Reignwolf was declared one of '10 New Artists You Need to Know' by Rolling Stone in January 2014.[2][3]

The band played their final show of the year on New Year's Eve, 31 December 2014, at The Showbox in Seattle. Digital pipe fitter free. In 2015, Reignwolf signed with Stardog Records under the Republic/UMG umbrella and went into the studio to write and record their debut album. During that time, they appeared in the episode 'What Would Phil Do?' of Cameron Crowe's Showtime series Roadies.[4] The album was never completed, however, and the band and label parted ways.

Reignwolf returned in 2016 with a new bass player, Stacey James Kardash, for one show only at Voodoo Festival in New Orleans. September 2018 saw the band back on the road for a full North American headlining tour spanning close to forty shows, where they tested out new material in addition to playing their past catalog. In December 2018, they entered Sea Horse Studios in Los Angeles to try recording their debut album once more. Additional tracks were also recorded at Full Color Music and Recording in Saskatoon.

Released on 1 February 2019, 'Black and Red' was the first single from Hear Me Out, which came out on 1 March 2019.[5] The band set out on a six-city record release tour before being named the opener on eleven shows for The Who on their Moving On! Tour. Appearances at such notable festivals as Bunbury, Osheaga, and Music Midtown followed, along with a direct support slot for Wu-Tang Clan at Aragon Ballroom in Chicago. 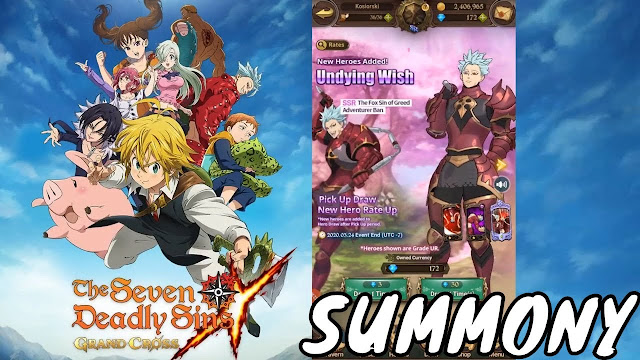 Thanks to American Idol, The Voice and other like-minded TV shows plus the influence of YouTube, it is perfectly understandable that kids today think that the path to a successful musical career is easy and that nearly anyone can be a star overnight. However, reality paints a darker picture. It is often overlooked that nearly 90% of all TV talent show winners end up without a hit record to their name and they fade away into obscurity almost as quickly as they rose to fame. On the other hand, there are still plenty of modern artists who have toiled in relative obscurity for years before becoming ‘overnight sensations’. While not exactly obscure, indie Blues/Rock outfit Reignwolf has taken the long road and is finally releasing their debut album seven years after the band first formed.

For all intents and purposes, Jordan Cook IS Reignwolf. Raised in Saskatoon, Saskatchewan, Canada, Jordan released a solo album – SEVEN DEADLY SINS – in 2010. Two years later, he packed his bags and moved to Seattle, Washington. It was there that he formerly began performing as Reignwolf. Since then, Jordan has gone from strength to strength, playing festivals, building a devoted fanbase, and being called one of the “10 New Artists You Need to Know” by none other than Rolling Stone in 2014. Even with all the early buzz, Jordan took his time in crafting his album. He released tracks/singles between 2013 and 2018 but no full-length release. For a short time, he seemed to disappear from social media. An impatient fan on Reddit started a thread, stating he was convinced that there will be no album. Well, folks, the long-awaited Reignwolf album is finally here!

HEAR ME OUT finds Jordan Cook re-energized and ready to rock your socks off. Joined by bassist S.J. Kardash and drummer Joseph Braley, Reignwolf is coming for you. On the album, Jordan and Co. combine elements of The Black Keys, Nirvana, and Jimi Hendrix into a unique ball of Blues-influenced Rock. Reignwolf doesn’t take the Greta Van Fleet route and regurgitate old Zeppelin riffs – Jordan Cook crafts his own memorable guitar licks that will surely please the ever-growing fanbase. The dynamics of this trio are on display throughout the album. “Black And Red” moves from quaking to aching and back again in just a matter of chord changes. “Over & Over” features Cook wailing over an Industrial grind that is still rooted in pure Blues Rock. In fact, much of HEAR ME OUT brings the Blues into a grittier musical universe laced with hints of Industrial and modern Alt-Rock. This is an album that certainly embraces the darker side of Blues, sounding tortured yet eager to make amends with whatever is haunting Jordan Cook. With HEAR ME OUT, Reignwolf continues a journey that started seven years ago – a journey into sound expression that has evolved over time. Come to think of it, maybe it is not a journey at all -maybe Jordan is exactly where he wants to be.