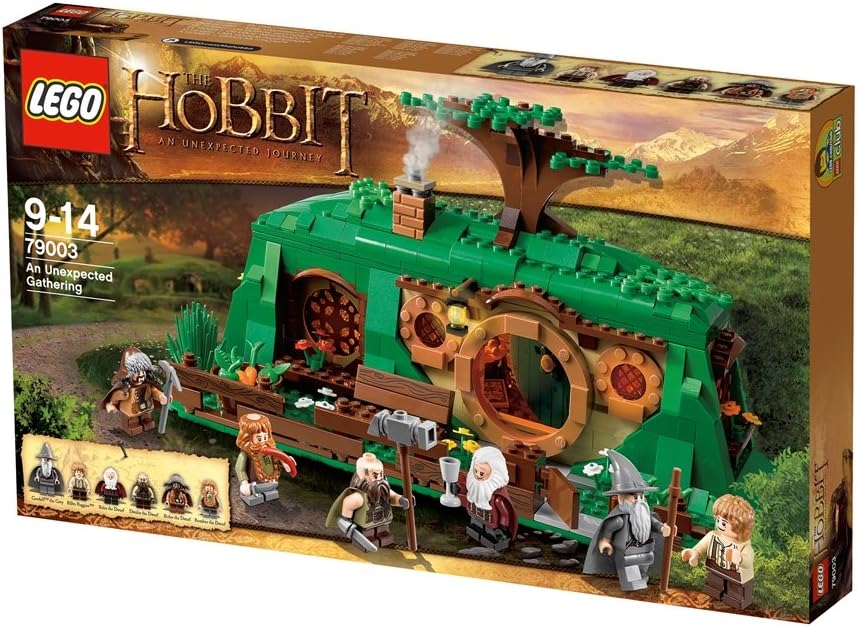 Title: LEGO The Hobbit MULTi10-ElAmigos. Genre: Action, Adventure. Bully video game characters. Developer: Traveller’s Tales. Publisher: Warner Bros Interactive. Release Date: Apr 10, 2014. Languages: English, French, Italian, German, Spanish, Etc. File Size: 6.86 GB / Split 2 parts 4.90 GB Compressed. Mirrors: Mega.nz, Letsupload, Google Drive, Uptobox, Uploaded.net. Free Download LEGO The Hobbit PC Game – From. Lego The Hobbit aims to the tale of the books and movie trilogy The Hobbit. There and Well Not All the Way. If you’ve read or watched The Hobbit, then you’re well aware of the story. For those who have not, let’s go over a quick summary. Co-Op gameplay information about LEGO The Hobbit on PC. Find co-op news, reviews, and more info about this game. Play as any of the fellowship in this LEGO creation of The Hobbit. Lego The Hobbit is a Lego-themed action-adventure video game developed by Traveller's Tales.The game was released by Warner Bros. Interactive Entertainment on 8 April 2014 in North America, and 11 April in Europe. The game is a follow-up to Lego The Lord of the Rings based on the first two Hobbit films; An Unexpected Journey and The Desolation of Smaug. It was released on PlayStation 3.

Lego: The Hobbit is a game based on a children’s toy based on a movie based on a book based on a series of stories an author told his children. That’s like, as licensed as a licensed property could possibly be. So I’d forgive you if you immediately thought that Lego: The Hobbit was going to be a quick cash in on the Lord of the Rings fervor. However, it’s still a pretty cool game in its own right, bringing some new twists to the Lego franchise, and letting us hear Benedict Cumberbatch’s sexy dragon voice once again.

For those of you who have never played a Lego videogame before, the basic formula is this: you take control of Lego versions of some of the most iconic characters in any given licensed IP, and guide them through some pretty basic action stages. Your basic goals are to attack enemies, collect Lego blocks and chits, and re-enact some of the most iconic scenes from your IP of choice, with a bit of a humorous twist to them. Each character has his own unique attack and movement abilities, which are used to solve tiny puzzles that break up the simple fighting and platforming. You can usually either use these abilities to scour every level for secrets, or simply blast through the game until you reach the end, depending on the type of gamer you are.

Don’t go thinking that Lego: The Hobbit is a big departure from this formula. If you’ve played a Lego game before, you know what to expect here. That doesn’t mean it’s not fun though. The abilities of each individual character are interesting and diverse, and there are plenty of characters to choose from, what with all of these dwarves running around. You’ll break through barriers, make human ladders, dismantle objects, and mine for loot with each individual character. That being said, some of the puzzles in the game do feel a bit re-used. You’ll encounter a lot of “there’s a thing that needs to be broken, find the person who can break it” puzzles, as opposed to other Lego games that mixed it up a bit more with special jumps and similar movement abilities.

Loot itself is perhaps the most unique gameplay element in The Hobbit. By mining loot, you can then use this loot to put together your own Lego items. The most notable of these items are new weapons and equipment for the characters, which gives Lego: The Hobbit a bit of an RPG sort of feel… or even better/worse… Minecraft. You can lose yourself for hours looking for the right pieces to build the right items, and this does actually facilitate a sort of grindy replay value that some gamers will really be into. There are a lot of other items you can build with loot, other than just equipment, and completionists will not likely rest until they have built them all, which can take you an incredible amount of time. I’ve played the game for hours and I still haven’t built even a fraction of the items that are available. 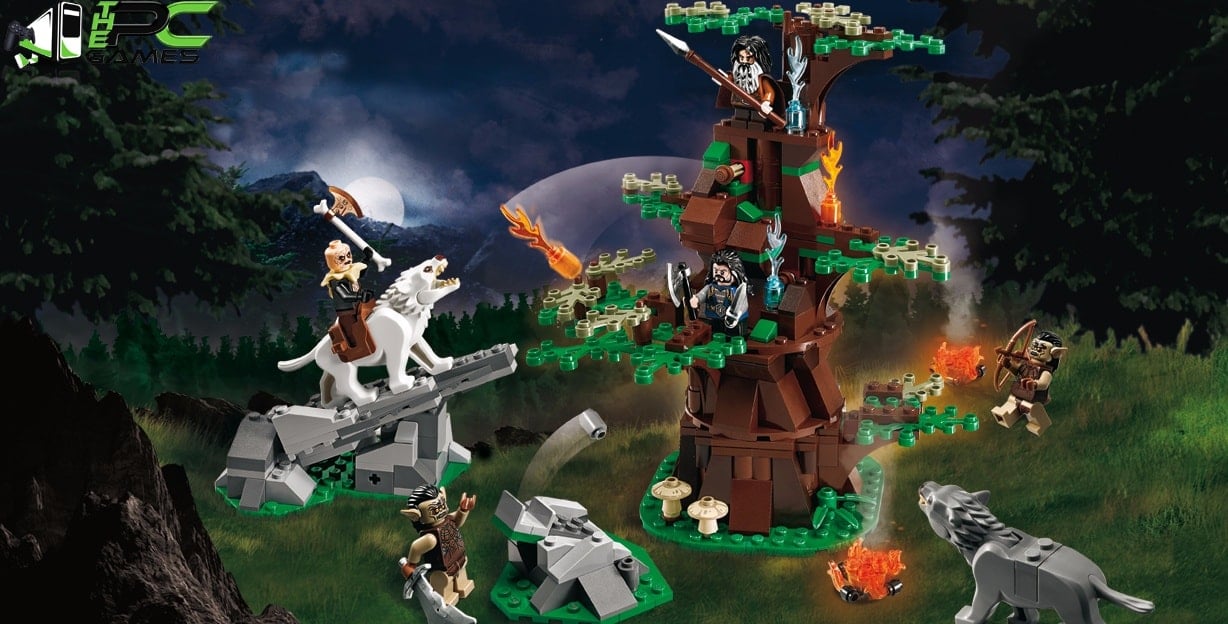 Other than that, the real draw of the game is the ability to travel all around Middle Earth in Lego style. The game includes nearly every locale from the first two movies. You’ll fool around in Hobbiton, fight Goblins on scaffolding, plumb the depths of the ancient Dwarven kingdoms underneath the Lonely Mountain, and more. The whole game is connected together in an open world style, with new locales opening up as the game progresses. So while you can’t experience everything right at the beginning, you can sort of run around and just explore Middle Earth by the end, and this is kind of satisfying. Other Lord of the Rings games tend to be too big to really get an appreciation for Middle Earth’s layout, but Lego: The Hobbit is just the right size.

The tone of Lego: The Hobbit is perfect as well. It doesn’t take itself too seriously, which is honestly something the actual movies could stand to mimic. Characters interact with each other in cartoony ways, each an exaggerated caricature of their actual personality. When Bilbo Baggins is terrified, he shakes like a trembling mouse. Meanwhile, the dwarves around him stomp around with intense bravado and jubilation. It’s not quite how the characters are actually portrayed in the movie, but it still feels faithful to the characters themselves. Heck, I even prefer Lego: The Hobbit’s version of the Goblin King, if only so that I don’t have to look at his floppy tumor sack of a beard… ugh.