2400 A.D.1988
In 2400 A.D., the player takes on the role of a soon-to-be member of the Underground resistance movement. The viewpoint is in 3rd person, where the player can see the 2D character from a top-down perspective, as well as other non-player characters and robots in the immediate surrounding vicinity, all..

3D Maze1991
3D Maze is a simple graphical maze game. You begin in a blue square. The object of the game is to reach the red square hidden somewhere in the maze, then go back to the blue square. Once you do that, you win the game! You only have the help..

Abaddon2000
Another solid entrant to the relative obscure world of fanmade RPGs, Abaddon is a fun anime-style, top-down RPG similar to console hits such as Dragon Warrior, with many notable differences. In contrast to the cliché fantasy world in which you are hero who must fight evil/save the world/rescue princess, Abaddon..

Abandoned Places1992
In this RPG, you play the role of four heroes whose mission is to save their world, Kalynthia, from the evil arch mage Bronagh. Most of the time, while exploring the over world, the game is shown in a 2D top-down view. It gives you much freedom: there's more to..

Advanced Xoru1989
A text action adventure game in the same vein as Diablo. Select from 5 character classes ( Paladin, Necromancer, Barbarian, Zen-Druid, Shadowy Tracker ) and explore the 3 levels of the dungeon Ebon Titan. If you make it to the end you face off against the boss Titan himself. The..

Aethra's Chronicles1994
The small kingdom of Celystra was prosperous under it's old king, 'Korros the Wise'. The prince, Lythare has ascended to the throne and his wife given birth to a child on his coronation day. However two days later this newborn infant disappeared, presumed kidnapped. Lythare blames the kingdom's Champion Knight-Paladin,..

Akalabeth2000
Richard Garriots first game, as far as I know. By now Origin likes to see Aklabeth as the first game in the Ultima-series. They call it Ultima 0 (if you don't believe me and think I came up with it myself, go on and take a look at their Homepage)..

Akalabeth: World of Doom1980
Akalabeth, written by Richard Garriott, also known by his alter ego Lord British, is a rudimentary yet entertaining role-playing game. The game's simplistic story, explained in the introduction segment of the menu option, serves little real purpose but does at least establish the name of the realm in which your..

Albion1995
Despite a few petty game playing complaints, Blue Byte Software's fantasy role-playing adventure Albion is a refreshing entry in the genre. Set in a vast environment ripe for exploration, namely the planet Albion, you play as Tom Driscoll, a pilot from the mother ship Toronto who crash lands on what..

Aleshar: World of Ice1997
Aleshar: The World of Ice is a top-down perspective RPG in a world surrounded by snow and ice. Your character may be created from various available classes (Hunter, Healer, Bard, etc.), each with different speciality statistics which may be tweaked during character creation. Character statistics and abilities will increase during..

Alfa Romeo Racing Italiano2005
Who in their right mind would willingly make a game about Alfa Romeos? Games being fun and all, and Alfas being a stain on roads the world over. Who would want to inflict that on people? (The answer is 'Milestone' and 'Black Bean Games,' for those who can't be bothered..

Alien Shooter: Vengeance2006
In Alien Shooter: Vengeance, players must select from several mercenaries and then work their way through several levels of alien attacks. To accomplish this task, gamers must locate the non-player characters located in each area and obtain the information to complete a necessary objective. After finishing the mission, players can..

Alpha Protocol2010
Billed as an 'espionage RPG,' Alpha Protocol casts you in the role of secret agent Michael Thorton as he embarks on a series of international operations set in Rome, Moscow, Tai Pei, Saudi Arabia, and other exotic locales. From inside computer-equipped safe houses around the world, you'll converse with your..

Alternate Reality: The City1988
In this old first-person RPG, you are one of many people who have been abducted from earth by aliens and transported to an alternate dimension where you are dumped in a strange, yet familiar city. Your quest is to explore the city, and find the clues that will lead you.. 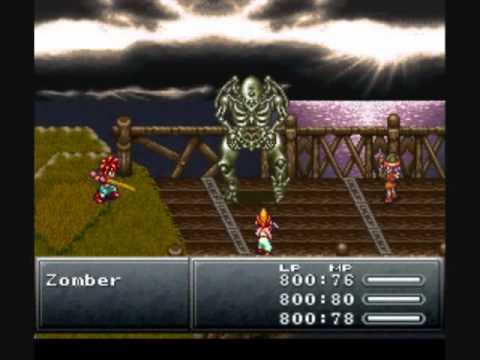 Amberstar1992
Lord Tarbos brought terror to the land of Lyramion, before being locked away in a secure prison. Now, Marmion is trying to release him, with the intention of spreading horror through the land Your task is to find the 13 pieces of the Amberstar, to ensure that you can get..

Amulet of Yendor1985
This fantasy adventure has the player exploring a castle in search of treasures. The castle is an eight-by-eight-by-eight grid, with eight levels containing sixty-four rooms each. Its contents are randomized at the start of each game. There are eight major treasures to seek (including the palintir and the silmaril) and..

Amulets & Armor1997
Amulets and Armor is a mission-based role-playing game. The game comes with a number of missions of varying difficulty levels that the player can take in whatever order you choose, or even do over again. They each have four-five chapters, in which the player basically explores a dungeon, kill a..

Anachronox2001
Anachronox's subtitle, 'An Epic Sci-Fi RPG Adventure,' is a bold claim, as epic typically invokes images of a James Michener novel or the English poem ' Beowulf' rather than a videogame. Yet Anachronox shoulders the mantle of epic adventure easily with vast and detailed locales, interesting characters that mature throughout..

Ancients 1: Deathwatch1991
Maybe it is just me, but Ancients seems like a failed experiment. The game looks like it was thrown together in a matter of minutes. That cannot be literally true, but by video game standards, Ancients must have taken very little time to program. My biggest complaint about Ancients is..

Angband1992
Angband is an updated version of the game Moria, adding more monsters, character races and classes; deepening the dungeon from 50 levels to 100; and including such new features as monster pits and unique items. The object of the game is to become powerful enough to defeat a difficult unique..

Another War2002
Another War, from Polish developers Mirage Interactive, takes the RPG to 1940s Europe and fills it with Nazis, French cheese, wine, hunting knives and Walther PPKs. You will encounter a lot of the above in this game, as well as knowing references to 'Allo 'Allo, HP Lovecraft and Monty Python. The..

Antkill1992
Revisiting the abstract origami wireframe 3D first-person perspective of Bob's Dragon Hunt for the second game using the homely but workmanlike 'VirtualDungeon' engine, it finds itself reskinned -- suddenly all the dragons are giant ants, the other reptiles transformed into other varieties of enlarged arthropods. The castle lair? Now it's..

Anvil Of Dawn1995
Although many elements of the traditional 'hack-and-slash' dungeon crawler are evident in Anvil of Dawn, DreamForge Intertainment, Inc. has enhanced the experience by creating a large 'outside' environment as well. You'll forge your way through the 3D rendered land of Tempest in between your lengthy visits to various monster-inhabited locations,..

Get It On: Google Play

Grim Quest is a classic turn-based RPG / Dungeon Crawler with gothic aesthetics and a retro vibe. It is set in a dark fantasy world with elements of lovecraftian horror and puts a lot of emphasis on atmosphere and immersion through dark visuals, music and lots of written text.