An alcoholic drink (or alcoholic beverage) is a drink that contains ethanol, a type of alcohol produced by fermentation of grains, fruits, or other sources of sugar.

Alcoholics Anonymous (AA) is an international mutual aid fellowship whose stated purpose is to enable its members to 'stay sober and help other alcoholics achieve sobriety.' It was founded in 1935 by Bill Wilson and Dr. Bob Smith in Akron, Ohio.

AllMusic (previously known as All Music Guide or AMG) is an online music guide.

New!!: Merry Christmas from the Family and AllMusic · See more »

The chestnut (Castanea) group is a genus of eight or nine species of deciduous trees and shrubs in the beech family Fagaceae, native to temperate regions of the Northern Hemisphere.

New!!: Merry Christmas from the Family and Chestnut · See more »

Christmas is an annual festival commemorating the birth of Jesus Christ,Martindale, Cyril Charles.

New!!: Merry Christmas from the Family and Christmas · See more »

Christmas lights (also known as fairy lights) are lights used for decoration in celebration of Christmas, often on display throughout the Christmas season including Advent and Christmastide.

Christmas music comprises a variety of genres of music normally performed or heard around the Christmas season.

A circuit breaker is an automatically operated electrical switch designed to protect an electrical circuit from damage caused by excess current from an overload or short circuit.

The Dixie Chicks are an American country music band which has also crossed over into other genres, including pop and alternative country.

A dysfunctional family is a family in which conflict, misbehavior, and often child neglect or abuse on the part of individual parents occur continuously and regularly, leading other members to accommodate such actions.

Gringo Honeymoon is an album by Texas-based country and folk singer-songwriter Robert Earl Keen released in the United States in August 1994 on Sugar Hill Records.

Harlingen is a city in Cameron County in the central region of the Rio Grande Valley of the southern part of the U.S. state of Texas, about from the coast of the Gulf of Mexico.

Hot Country Songs is a chart published weekly by 'Billboard' magazine in the United States.

New!!: Merry Christmas from the Family and Houston · See more »

Jill Sobule (born January 16, 1961) is an American singer-songwriter best known for the 1995 single 'I Kissed a Girl', and 'Supermodel' from the soundtrack of the 1995 film Clueless.

Labor Day in the United States is a public holiday celebrated on the first Monday in September.

Montgomery Gentry is an American country music duo founded by vocalists Eddie Montgomery and Troy Gentry, both natives of Kentucky.

New!!: Merry Christmas from the Family and No. 2 Live Dinner · See more »

National Public Radio (usually shortened to NPR, stylized as npr) is an American privately and publicly funded non-profit membership media organization based in Washington, D.C. It serves as a national syndicator to a network of over 1,000 public radio stations in the United States.

New!!: Merry Christmas from the Family and NPR · See more »

Roseann O'Donnell (born March 21, 1962) is an American comedian, actress, author and television personality. She has been a magazine editor and continues to be a celebrity blogger, a lesbian rights activist, a television producer, and a collaborative partner in the LGBT family vacation company, R Family Vacations. O'Donnell started her comedy career while still a teenager. Her big break was on the talent show Star Search in 1984. After a TV sitcom and a series of movies introduced her to a larger national audience, she hosted The Rosie O'Donnell Show from 1996 to 2002, which won multiple Emmy Awards. During this time, she wrote her first memoir, Find Me, and developed the nickname 'Queen of Nice', as well as a reputation for philanthropic efforts. She used the book's $3 million advance to establish her For All Kids foundation and promote other charity projects, encouraging celebrities on her show to take part. In 1997, O'Donnell did the voice of Terk in the Disney animated film Tarzan. In 2002, two months before finishing her talk show run, O'Donnell came out, stating 'I'm a dyke!' and saying that her primary reason was to bring attention to gay adoption issues. O'Donnell is a foster and adoptive mother. She was named The Advocate 2002 Person of the Year; in May 2003, she became a regular contributor to the magazine. In 2006, O'Donnell became a moderator on The View. Her strong opinions resulted in some controversies, including an on-air dispute regarding the Bush administration's policies with the Iraq War, resulting in a mutual agreement to cancel her contract. In 2007, O'Donnell released her second memoir, Celebrity Detox, which focuses on her struggles with fame and her time at The View. From 2009 to 2011, she hosted Rosie Radio on Sirius XM Radio. In 2011, O'Donnell signed on with the OWN: Oprah Winfrey Network to return to daytime TV with The Rosie Show. On March 16, 2012, the network cancelled the show due to low ratings, and the last show aired on March 29, 2012. In July 2014, O'Donnell was rehired to join The View as a co-host for the series' eighteenth season. O'Donnell announced in February 2015 her decision to depart the series again, this time citing personal reasons for her departure. In November 2016, Showtime announced that O'Donnell had joined the cast of the comedy pilot SMILF, which premiered on November 5, 2017.

'Silent Night' (italic) is a popular Christmas carol, composed in 1818 by Franz Xaver Gruber to lyrics by Joseph Mohr in the small town of Oberndorf bei Salzburg, Austria.

Talk of the Nation

Talk of the Nation (TOTN) was an American talk radio program based in Washington D.C., produced by National Public Radio (NPR) and was broadcast nationally from 2 to 4 p.m. Eastern Time.

New!!: Merry Christmas from the Family and Talk of the Nation · See more »

Texas (Texas or Tejas) is the second largest state in the United States by both area and population.

New!!: Merry Christmas from the Family and Texas · See more »

Walking Distance is an album by Texas-based folk singer-songwriter Robert Earl Keen, released in the United States in 1998 on Arista Records.

Merry Christmas From The Family. 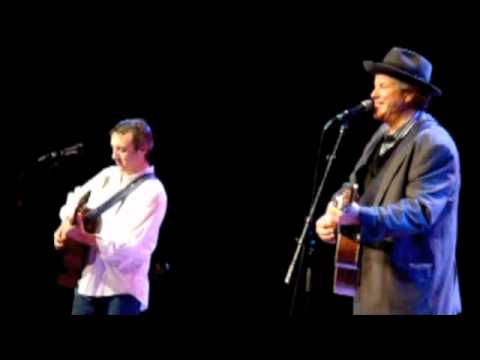 Robert Earl Keen (born January 11, 1956)[1] is an American singer-songwriter and entertainer. Debuting with 1984's No Kinda Dancer, the Houston native has recorded 18 full-length albums for both independent and major record labels. His songs have had cover versions recorded by many musicians, including George Strait, Joe Ely, Lyle Lovett, The Highwaymen, Nanci Griffith, and the The Dixie Chicks.

Although both his albums and live performances span many different styles, from folk, country, and bluegrass to rock, he is most commonly affiliated with the Americana genre. Keen has toured extensively both in the US and abroad throughout his career, and was inducted into the Texas Heritage Songwriters Hall of Fame in 2012 along with Lyle Lovett and the late Townes Van Zandt.[2]

Keen grew up in southwest Houston. He attended Sharpstown High School, graduating in 1974. As a teenager, Keen was an avid reader who excelled in writing and literature classes, and a fan of both the English rock band Cream and, influenced by country music by artists like Willie Nelson.[3]

He started playing guitar himself shortly thereafter, teaching himself to play classic country covers out of a song book the summer before starting college at Texas A&M University in College Station, Texas.[citation needed] He graduated with a Bachelor of Arts in English in 1978 and began writing songs and playing bluegrass and folk music with friends including his childhood friend (and future longtime fiddle player in his band), Bryan Duckworth. During his college years Keen met future musician Lyle Lovett.

In 1978, Keen graduated from Texas A&M and moved to Austin, Texas. He performed in Austin's nightclubs and live music venues like the Cactus Cafe and Gruene Hall in nearby New Braunfels. In 1983, Keen won the New Folk competition at the Kerrville Folk Festival in Kerrville, Texas.[4]

That same year, he began making his self-produced first album, No Kinda Dancer, with the help of his bandmates and the young musicians Lovett and Nanci Griffith. He leased the album to Rounder Records, which released on its Philo Records imprint in 1984.Keen began touring outside of Texas and moved with his wife, Kathleen, to Nashville, Tennessee in 1986 — at the encouragement of musician Steve Earle.[4]

Keen returned to Texas 22 months later after failing to find mainstream success, though in Nashville he had signed a publishing deal, a new independent label deal and a national booking agent (Keith Case). After the release of his second and third albums, 1988's The Live Album and 1989's West Textures (both produced by Jim Rooney and released on Sugar Hill Records) he began to have commercial success both in Texas and in the rest of the country. Keen's tour dates around that time included a triple-bill run with Texas songwriters Guy Clark and Townes Van Zandt.[3]

West Textures featured the first recording of what would soon become Keen's signature song, “The Road Goes on Forever.” Fellow Texan Joe Ely recorded the song on his 1993 album Love and Danger, along with another Keen song, “Whenever Kindness Fails.”[5] Keen's own version of “Whenever Kindness Fails” appeared on his fourth album, 1993's Garry Velletri-produced A Bigger Piece Of Sky, along with the following year's Gringo Honeymoon (whose title track and light-hearted “Merry Christmas from the Family” he frequently plays live, along with 1996's No. 2 Live Dinner.[5]

Keen has continued to write, record, and tour in the United States. His 1997 album, Picnic, marked the beginning of his on-again, off-again relationship with major labels (both that album and 1998's Walking Distance were issued on Arista Records, and 2001's Gravitational Forces, 2009's The Rose Hotel and 2011's Ready for Confetti were released on Lost Highway Records.) Keen's other albums include 2003's Farm Fresh Onions (Audium/Koch Records) and 2005's What I Really Mean and 2006's Live at the Ryman (both on E1 Music). The producers with whom he's worked on those albums have included John Keane, Gurf Morlix, Gary Velletri and Lloyd Maines.