Eipix Entertainment, a Serbia-based game development company, announces it will be in charge of developing upcoming sequels of the legendary hidden object puzzle adventure (HOPA) series Mystery Case Files. After already taking over established franchises such as Hidden Expedition (four sequels) and Dark Parables (two sequels), Eipix is now entrusted with “the mother of all franchises”, the oldest and arguably the most popular HOPA series of all times. Mystery Case Files: Key to Ravenhearst Collector’s Edition is set to be released in late October, with another sequel planned for release before the end of 2015.

Description: Mystery Case Files: Huntsville™ provides players with a collection of intriguing mysteries and brain-teasers to solve. There are picture puzzles to ponder, strange crime scenes to explore, and much, much, more! With thousands of hidden clues. It’s a new game each time you play Huntsville! Play Mystery Case Files 1: Huntsville.

Created in 2005 by the internal studio of Big Fish Games, one of the leading global publishers of casual games, Mystery Case Files is considered the originator of the HOPA genre. The series went on to include 11 installments and an estimated billion players.

“This is a recognition of the good work we have been doing, as well as a sign of trust Big Fish Games and the players have in Eipix”, said Mirko Topalski, Eipix’s CEO. “It is also a huge honor and responsibility, and we hope our games will be able to live up to the legend of Mystery Case Files”. 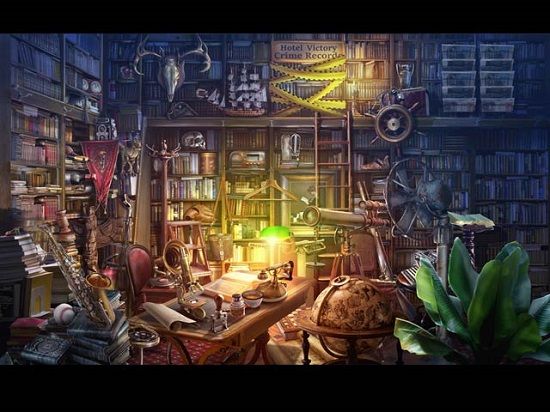 Eipix Entertainment is a game development company founded in 2005. Starting with 2011, the company has shifted its focus to developing casual games. Ever since the release of its first HOPA game in 2012, Eipix has been steadily expanding, with close to 300 employees at the moment. The company has built its catalogue to include more than 40 games developed for PC and Mac, and also concentrated on bringing these games to iOS and Android, with over 20 titles across the two platforms. Eipix has also taken steps to expand onto the free-to-play market, with the announcement of their upcoming match-3 game, Free the Witch.