The side events are some optional quests available on completion of the main part of Story Mode in Yu-Gi-Oh! 5D's World Championship 2011: Over the Nexus. Aside from the rewards earned by doing these events, completing all side events in the game will earn the player the Clear Mark 2 emblem. All side events are accessible only after the player completes the main storyline, unless stated otherwise.

Accessible by the Final Chapter of the Story Mode. If the player decides to visit the prison in New Domino City then, instead of finding the Chief as usual, they instead encounter a Guard Robot which has placed the facility under lockdown. By request of the Chief, the player will have to beat it in a duel in order to lift the lockdown. Once done, the prison will become available, with all its occupants (and the Guard Robot) available to duel. The player gets 'D.D. Assailant' as a token of gratitude from the Chief.

Accessible by the 6th Chapter of the Story mode. Klaus notes a strange sound coming from the third floor of the apartment and asks the player to investigate. Upon reaching the third floor, Lenny forbids the player from advancing until he is beaten in a duel. When the player bests him, they travel into the room to find that the sound is coming from Larry's laughter while he is dueling Lug. The both of them agree to be quiet after the player talks to them. On returning to Klaus, he awards the player the DWE-CG engine, and the player also unlocks Extra Pack in the Card Shop. Lenny, Larry, and Lug all become available to duel throughout the course of this event.

There is a locked door at the Fountain Plaza, which leads to the Spirit World. It is unlocked after the player defeats teams on PCs, and talking to each of the NPCs that present them with the PC's problems.

Inside the door at the fountain, there is a maze to the Duel Monsters Spirit World and note with instructions on how to pass it. The directions are west, north, east, north, north.

At the Spirit World, Torunka gives the player the card 'Dimensional Prison'. Both Torunka and Regulus can be dueled here. By defeating Torunka, the player is able to randomly change the appearance of their face. Five chests are also present containing the Missing RingDuel Disk and depending on the player's gender the stuffed collar uniform or sailor uniform. The other three contains 5730 DP, A Star Chip, and Giant Trunade.

Misaki wants to see a lion. By enrolling her as the player's Tag Partner, she can be taken to the Spirit World (see above). Misaki will see the lion Regulus, whom the player must duel. After doing so, Misaki gives the player the card 'Naturia Barkion', regardless of whether they win or lose. The player also unlocks Extra Pack 3 in the Card Shop.

In this section, we have described importing Windows Live Mail Emails to Outlook a simple procedure to let the users understand transfer Windows Live Mail to Outlook suite. By using two steps to migrate Windows Live Mail emails to Microsoft Outlook (2019, 2016, 2013, 2010, 2007, 2003, etc) an easy task to load the files quickly without any. If you fails to get your Windows 10 Mail from your system by using above method, then follow another alternate solution to export Windows 10 Mail app. Launch Windows 10 Mail app and open desired email message. Click on “” icon as shown in right corner of mail. Now, select “Save as” option to save selected mail. Transfer windows mail to windows 10. Thanks for your reply Bruce. I ended up exporting emails from Vista/Mail as.eml into another folder on a USB thumb drive and simply copying the emails into Thunderbird on my new computer running Windows 10. They have all transferred across and are able to be read in Thunderbird. Dead easy in the end. Learn how to export Windows Live Mail to Outlook on another computer. Move your Windows Live Mail messages to Outlook with just a few. Open the Mail app by clicking the Windows Start menu and choosing Mail. If this is the first time you've opened the Mail app, you’ll see a Welcome page. Select Add account to get started. If you've used the Mail app before, at the bottom of the left navigation pane, select Settings, and then choose Manage Accounts.

Mina requests that the player brings along someone good with technology for her request. By enrolling Misaki as the player's Tag Partner and bringing her to Mina, she and Mina travel into the Sector Security Building while the player stays behind. Misaki then asks the player to bring her parts for J-ACK-A. The player finds these at the Satellite fake shop, and brings them to her.

Misaki then goes back to the Sector Security Building and finishes what she was working on - the recovery of the Jack Atlas robot. The reason why Mina wants this is because she thought she could be with Jack forever since it's a fake replica of him. Mina thanks the player for their effort and rewards them with the Lambda Duel Runner frame, while the fake Jack becomes available for Turbo Duels.

This event becomes available after the player completes the 'Repairing a Ghost' event.

On returning to the mine, Siegel will note the presence of a 'ghost' in the mine. The player enters the mine to find that Sergio is still alive, though he has lost his memory. The player returns to the hideout in Satisfaction Town to inform Nico and West about this, and the three head off to see him. However, Sergio's memory isn't restored until the player finds a locket at the part of the mine where he had the accident. After doing so, Sergio returns to Satisfaction Town and becomes available for dueling.

This event cannot be triggered if Toru is the player's tag partner.

In the route where the fake store is there is a GhostDuelbot. If the player is tagged with Misaki or Yusei, he/she will repair the Ghost. It will thank the player and award the Duel Phantom Duel Runner frame, along with becoming available for Turbo Duels in Satellite.

Trudge asks for the player's assistance in completing an errand - deliver a Deck to the Duel Bot outside the facility. By doing so the Duel Bot will reward the player with Gungnir, Dragon of the Ice Barrier. The player will need to go back and talk to Trudge again in order to register the event as 'completed'.

This event can only be done after completing the 'Lockdown' event.

Having been unable to get a proper job, Jack Atlas decides to try being a fashion designer. Depending on the player's gender, the clothing given and people he wants the player to show it to will differ:

After showing the outfit to all the possible NPCs available, the player returns to Jack to report that none of them wish to order his newly-designed outfit. Jack is not pleased, but rewards the player with the DWE-X engine for their effort, in addition to letting them keep the outfit.

Accessible by the Final Chapter. Stephanie is worrying about the cafe running low on business, and asks the player to help her distribute 4 coupons for their famous Blue-Eyes Mountain coffee. Because the coffee is expensive, she wants the coupons to be distributed to rich-looking men in suits and office ladies. On completing the request, she rewards the player the Waiter/Waitress costume, depending on the player's gender.Rich people in suits that you can give coffee coupons include: 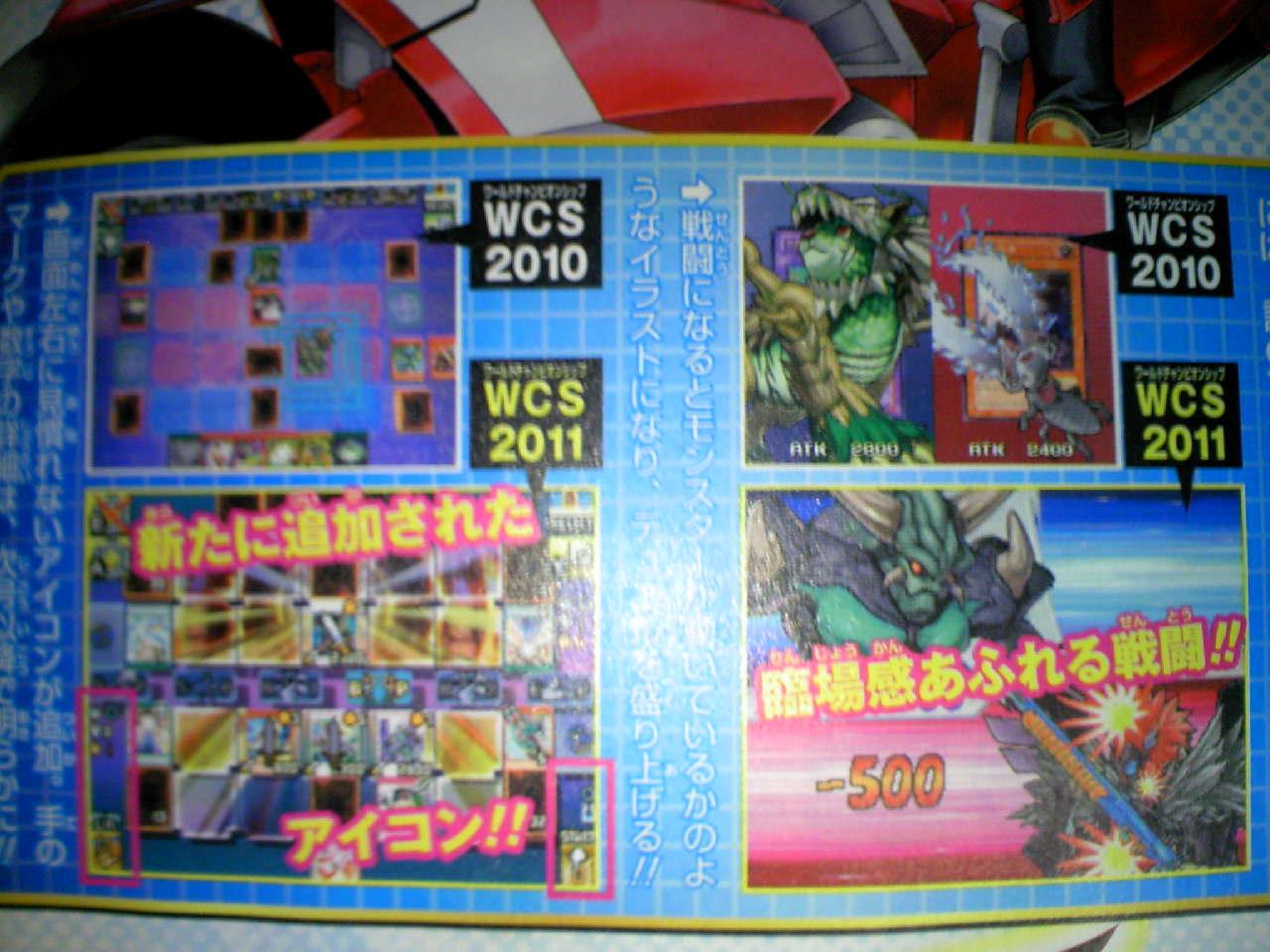 Gill Randsborg has heard that Sherry LeBlanc claims to be a knight, but is not certain that she is a true knight, and wishes to duel her. When the player brings him to Sherry, Sherry mentions that she only participates in Turbo Duels. Because Randsborg has no Duel Runner, the player takes his place. On victory, Randsborg rewards the player with the Golden Shield Disk.

Blister and Bolt have made up some ciphers, but are arguing over whose is more difficult. They give the ciphers to the player, stating that the answers to these ciphers have a card hidden if the player investigates it. The answers to each cipher are as follows:

Yu-gi-oh Over The Nexus Best Decks

After solving the two ciphers, regardless of whose cipher is said to be more difficult, Blister and Bolt give the player one last cipher, the answer to which is the upturned cart in the mine. Aside from the cards found during the event, no other rewards are given. The player still needs to go back and talk to Blister and Bolt in order to register the event as 'completed'.

After the player makes Angie their Tag Partner and exits Bootleg, they are stopped by Graton and Morrison, her former two boyfriends from the past 2 games. They challenge the player and Angie to a Tag Duel. After they win, Angie tells them that her true boyfriend is waiting at the underground Duel Arena. Graton and Morrison decide to find and beat him, and Angie goes after them, worried for Nelson's safety. The player and Angie find that Nelson is safe and sound, having beaten Graton and Morrison while getting them to promise not to stalk Angie any more. Nelson notes that the player protected Angie, and rewards them with Hardened Armed Dragon as a token of gratitude.

Lilie wishes to see Crow again, and the player must make Crow their Tag Partner and talk to Lilie again. Crow engages Lilie in a Duel like they used to do. Afterwards, the player is returned to the Stadium, and Crow awards them with Blackwing Armor Master.

Seria has decided that it's about time she finds a husband, and asks the player to help her find suitors by getting male Tag Partners and showing them to her. After the player shows 5 different candidates, which are all rejected, Seria notes that finding an ideal husband is a lot harder than she thought, and decides to find one herself. She awards 'Drill Warrior' as a token of thanks. Regardless of gender, she jokingly suggests that she has fallen in love with the player.

Can be accessed at any time as long as the player can access the Fountain Plaza. At the Fountain Plaza, Dexter says that he would like to see a particular card to complete his homework. After the player shows him this card, Dexter will reward the player with a card and now want to see a different card. Each time, he is shown the card he wants to see the player is awarded with another card.